skip to main | skip to sidebar

Wendy is an ex-prosecutor who specialized in child abuse and sex crimes cases.

Purchase her powerful book And Justice for Some through Amazon or Barnes and Noble.

Wendy is an adjunct professor at New England Law|Boston where she teaches a seminar on sexual violence and directs two projects she developed in conjunction with the school's Center for Law and Social Responsibility. The "Sexual Violence Legal News" project is an internet-based alert service that distributes appellate cases of interest, with editorial comment, related to interpersonal violence. The "Judicial Language Project" uses socio-linguistic research to critique the language used in law and society to describe interpersonal violence.

She was a Visiting Scholar at Harvard Law School from 2002-2003 where her work focused on the status of women in their capacity as victims in the criminal justice system. Wendy previously taught "Reproductive Rights and Technologies" at the Massachusetts Institute of Technology and in 2002 served as the Mary Joe Frug Visiting Assistant Professor of Law at New England Law|Boston where she has taught courses in sexual violence, reproductive rights and technologies and constitutional criminal procedure.

She is a trial and appellate attorney specializing in the representation of crime victims, women, children and victim service providers and is the founder and director of the Victim Advocacy & Research Group, a volunteer legal advocacy organization that has provided free legal services to victims and other third-parties in the criminal justice system since 1992.

Wendy is a former child abuse and sex crimes prosecutor who sits on many boards and has served on the Massachusetts Governor's Crime Commission and Commission against Sexual and Domestic Violence. She has also consulted with Congress, worked with the White House Women's Office and has served on the faculty at the Poynter Institute in connection with programs related to language and the media's reporting on sexual violence, and provides consultation on constitutional law, legal policy and litigation strategy regarding victims', children’s and women's rights. Wendy has published numerous law review and pop culture articles and she lectures widely on women's, children's, and victims' rights and criminal justice policy. She has worked for CNN, Fox News, MSNBC and CBS News as a legal analyst, and appears regularly on network and cable television. A columnist for The Daily Beast and Gatehouse News, and author of several chapters in consortium books, her first solo book, And Justice For Some, was published by Penguin/Sentinel in September 2007.

Wendy planned and brought the first test case in the country using an anti-SLAPP statute law to win the dismissal of a retaliatory lawsuit against a domestic violence victim who was sued by her batterer for reporting his crimes to police, and testifying against him in court.

She generated numerous test cases, starting in 1992, to improve constitutional and common law privacy rights for victims of violence.

She planned and brought the first federal test case in the aftermath of the United States Supreme Court's decision in Jaffee v. Redmond, to establish that the federal common law privilege of confidentiality for licensed social workers extends also to non-licensed volunteer rape crisis counselors.

She was the first attorney to write and submit an amicus brief supporting the admissibility of "grooming" evidence in a child rape case to explain a pattern of offender behavior that inhibited the child's ability to report the violence to authorities.

She planned and brought the first test case in the country to establish that crime victims have a right to be heard in criminal proceedings and may directly address the court, with their own private attorney, to advance their rights under victims' "Bill of Rights" laws.

She represented a therapist who successfully resisted a subpoena for her treatment records in a military rape trial, even after her refusal led to the court's issuance of an arrest warrant.

She planned and brought an unprecedented case using Title IX and civil rights injunction laws to force a public school to provide special protection for a female student who received an internet death threat. School administrators, who refused to provide protection for the girl, were ordered by the court to restrain the freedom of the offending student and to take specific steps to ensure the victim's safety.

She used Title IX to initiate first-ever legal action at the Department of Education against Harvard University after the college instituted a new policy requiring sexual assault victims to produce "sufficient independent corroboration" before a rape allegation would be accepted for resolution under the school's disciplinary proceedings. The case forced Harvard to rescind the policy.

She wrote the winning brief in a California case establishing the principle that the crime of rape occurs even if a woman agrees to the initiation of an act of intercourse, then changes her mind before the act is complete.

She won a groundbreaking case before the Massachusetts Supreme Judicial Court which established that an abusive parent loses their legal presumption of parental "fitness" in grandparent visitation cases, making it much easier for a protective grandparent to participate in the child's life even over the objection of the abusive parent.

She represented Nebraska rape victim Tory Bowen, in state and federal litigation, after Bowen was ordered not to use the words "victim", "rape", "sexual assault nurse examiner" or "sexual assault kit" during her trial testimony. A federal judge ruled that the state court's order was reminiscent of the types of decisions rendered in countries where women wear "burkas".

She wrote the winning brief in a case where a rape victim was incapacitated and unable to freely decide whether to consent to sexual contact. A lower court had ruled the jury could not consider the victim's intoxication on the issue of consent unless she was so drunk, she was "wholly insensible" or "utterly senseless." Wendy successfully persuaded the appellate court to adopt a more appropriate standard such that the jury could determine inability to consent based simply on whether the victim was "too intoxicated" to consent.

She prevailed against Ohio State University, forcing them to lower the burden of proof imposed on victims in campus judicial proceedings when sexual assault allegations are at issue under Title IX. OSU had adopted a policy requiring victims to prove their claims by "clear and convincing" evidence. Wendy's complaint with the Department of Education's Office on Civil Rights led OSU to retract that standard in favor of the lesser "preponderance of evidence" standard.

Wendy is currently representing a victim of sexual harassment in a case of first impression involving the question: does a university have a duty to takes steps to prevent sexual harassment that occurs on internet gossip sites, such as "Juicy Campus"?

She is also writing a cert petition for the United States Supreme Court on behalf of a child rape victim who, at the behest of her attacker, (who confessed) was ordered to submit to a penetrating vaginal examination, to determine the condition of her hymen. This order was affirmed by the state's highest court even though defendants enjoy no constitutional right to demand such an intrusive examination of a child rape victim, and studies show that, because children's bodies are growing and heal rapidly, only about 5% of child rape victims will show evidence of hymenal damage.

Wendy has an appeal pending on a matter of first impression involving the question: can a private plaintiff who experiences targeted violence based on gender, use a civil rights statute to obtain a class-based equitable remedy against a private actor?
Posted by Wendy Murphy at 11:25 AM 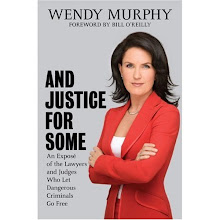